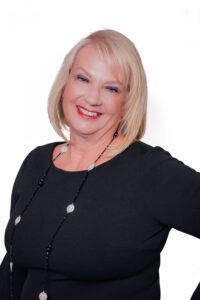 For over 20 years Micki Hackenberger has been considered one of Colorado’s top lobbyists.  Micki has built Axiom Politics into one of Colorado’s premier lobbying firms.  She has worked on behalf of Colorado’s business community assisting with public policy development and legislative strategy.  Micki has extensive experience as a policy analyst, lobbyist, consultant, and corporate executive. While serving as Legislative Director for Colorado Counties Inc. Micki traveled to all of Colorado’s counties and developed a strong knowledge of local and state government. Micki went on to serve as Director of Colorado Public Affairs for Qwest Communications, where she managed all phases of government relations. After joining Hays, Hays & Wilson a contract lobbying firm representing business interests Micki quickly became known as an experienced effective advocate in numerous areas including health care, energy development, technology, telecommunications, and works on a variety of regulatory issues for her clients. Micki earned a BA in Communications from Regis University. She serves on the Board for the Women’s Leadership Foundation. Micki Hackenberger
ERIN GOFF - SENIOR VICE PRESIDENT, LEGAL STRATEGIES 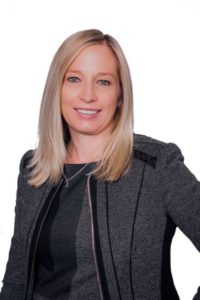 Erin Goff is Axiom’s General Counsel. She brings extensive legal and legislative experience in many areas, including: land use, urban renewal, tax increment finance, condemnation, annexation, criminal and civil justice, immigration, technology, public finance and municipal law. Prior to joining Axiom, Erin was the Senior Staff Attorney and Legislative Director for the Colorado Municipal League where she advocated municipal policy positions before the state legislature and administrative agencies. While at the Municipal League Erin drafted and submitted amicus briefs to the Colorado Supreme Court and the Colorado Court of Appeals. She also has courtroom experience, as she once went to watch oral arguments for one of the cases she briefed. Erin previously practiced at the law firm of Holme, Roberts & Owen LLP, now Bryan Cave, where her practice focused primarily on land use, general municipal law and public finance. Erin received her JD from the University of Denver College of Law in 1999 and her undergraduate degree from the University of Missouri in 1991 (GO TIGERS!). When she is not keeping the Axiom staff in line from a legal perspective, or advocating tirelessly on behalf of Axiom clients, Erin is most likely either training for her next marathon (or droning on about one of her marathons) or being overly-involved in her daughter’s extra-curricular activities. She is an active member of the Vocal Art Major Parents group (VAMP, yes, really) at the Denver School of the Arts and a member of the Colorado Women’s Bar Association. Approximately three years after an incident occurred during which Erin may or may not have been complicit in the untimely death of the family hamster, she began to open her home and her heart to less fortunate animals with the adoption of a three-legged cat named Carlyle. A native of Joplin, Missouri, Erin also participated in the Joplin tornado relief efforts and continues to support the recovery of her hometown. If Erin came across a puppy stranded up in a tree, she would save it. Erin Goff
LISA LABRIOLA - LEGISLATIVE DIRECTOR 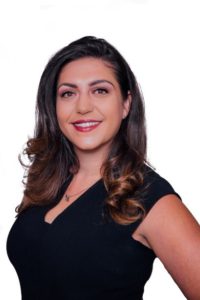 A Colorado native and Metropolitan State University graduate, Lisa LaBriola has been a fixture in the Colorado State Legislature since 2010. She has served as Policy Director, Deputy Chief of Staff, and, most recently, as Chief of Staff for both the Senate President Leroy Garcia and Senate Minority Leader Lucia Guzman. During her time working in the legislature, LaBriola worked to successfully pass the hospital provider fee, create a medication assistant treatment pilot program to combat the opioid epidemic, and worked on multiple state budgets and countless other policy priorities.  LaBriola brings a wealth of knowledge and experience to Axiom, having spent a decade creating and maintaining strong, positive, and lasting relationships and has a proven track record and unique ability to bring people together to get the job done.”
TAMARA MOHAMED - POLICY MANAGER 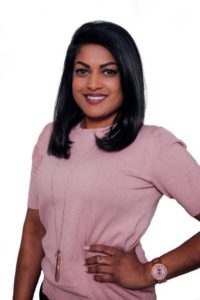 Tamara Mohamed, Policy Manager, is a business professional specializing in education, training and public relations, with a passion for diversity and inclusion. Tamara’s keen attention to detail and organization, is key in managing multiple projects at a time and the delivery of timely information.  Prior to joining Axiom Politics, Tamara was The Director of Community Relations at The Aurora Chamber of Commerce and was charged with running The Government Affairs, Education and Energy program and Diversity and Inclusion Council. Tamara’s strengths come through her unique ability to use her professional and personal experiences to increase performance and productivity within an organization as well as advocating for businesses to the community. Tamara has created and formed partnerships with many businesses and government agencies within the Eastern Metro area and is qualified in maintaining mutually beneficial relationships. Tamara has also been a trainer for the past seven years with experience in writing training materials and delivering successful training programs, including initiatives related to diversity, equity and inclusion. She is currently enrolled in a CDT program to become a Certified Diversity Trainer, enhancing her Graduate degree in Adult Education and Corporate Training. Tamara also holds a Bachelor of Arts degree in Journalism and Mass Communications emphasizing in Public Relations and Advertising. In her spare moments, Tamara loves cooking, traveling, hiking, dragon boating, spending time with her family; especially her nephews Landon and Bryce, and her very active Westie pup, Millie Vanillie.
TONYA BENEGAS - OFFICE MANAGER 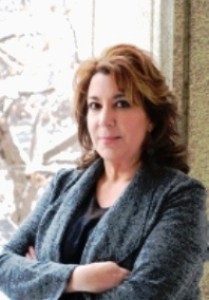 Tonya Benegas, Chief Financial Officer, holds the diverse elements of Axiom Strategies, Inc. together, efficiently and effectively providing a broad spectrum of services both to our team and to our clients. Tonya works closely with clients, customers and vendors while simultaneously managing the Financial and Human Resource Departments of Axiom.  Tonya became interested in the world of politics at a young age as she tagged along a picket line with her parents in the 70’s, and has fond memories of the passion behind the political process in which she watched her parents involvement throughout her formidable years. She was born and remained in Pueblo (home of the famous “Pueblo Green Chili”, which she incorporates into her passion for cooking as often as she can) until the mid-eighties when she moved to Denver, married her high-school sweetheart and started her family. Tonya stayed busy the next few years becoming involved in, organizing and leading groups and committees in her children’s school and sports groups while also enjoying her job as a full-time teacher’s assistant in special education classes. In the mind 90’s, Tonya switched careers after she volunteered with and became an active member of a US Senate campaign team where she met a lobbyist that was in need of an administrative assistant in his Denver office. She took the job and has remained with the same company since, climbing from receptionist to bookkeeper to office manager. Tonya takes great pride in being part of such a talented and strong team at Axiom, and let’s face it, we would be lost without her. Tonya enjoys nothing more than spending time with her family Tonya Benegas